New to the show? Listen to the Pilot Episode to get to know our characters!

New to the show? Listen to our Pilot Episode to get to know our characters!

Progress Update | Where Has the Time Gone?

Hello Bristolians! (Just so you know, Christopher and I have decided that fans of the show are going to be called Bristolians after the name of our charming little town.😀) How are things? We've not spoken in ages so I wanted to give a little update. Even though I'm sure some of you thought we'd given up on the project. Au contraire, mon ami! We are alive and well!

So here's the deal. All ten episodes of Season 1 are fully recorded and dialogue has been edited. Our show host, Stephanie Kupper, stepped up and did a splendid job on the voice tracks for nine of those episodes. Thanks, Stephanie!

Speaking of voices, I should say that Tamara Green is back for the full season in the role of Cam's cousin, Jessica. And what a fantastic job she did too! The ever-capable Skip Huber is also reprising his role as slightly curmudgeonly hardware store owner, and Cam's boss, Mr. Johnson. Such a fun guy! (He's also a podcaster, too!) And joining the cast in the role of the boys' grumpy landlord, Mr. Moretti, is the wonderful Glenn Hascall. You rock, Glenn!

These amazing folks will be joined by several special guest actor appearances throughout the season. Many of these folks have worked on numerous shows over the years and I'm so grateful for their participation. Without Tamara, Skip, Glenn, and of course, Christopher, this show would not exist and would still be just an idea in a Google doc.

We've also had a few additions to the production team. I'll share more about those guys later, but for now I'll just say, "Thanks!"

I wanted to give a little peek at what's to come. So... (drum roll, please!) ... Here are the titles for the first five episodes:

We don't have a projected release date yet. But sound design for two episodes is almost finished. I'll do my best to post more regular updates going forward.
Thanks for staying with us! I'm excited to bring this show to your ears soon!
-JD
PS. In the meantime while you're waiting for GT to drop, you can check out Christopher over in his mystery audio drama, Shadows & Daylight, and you can hear me in a recurring role as a pirate in Season 2 of Pirateers!
Posted by J.D. Sutter at 8:50:00 PM No comments:

Well! We certainly had not planned on being silent for so long. But life has a way of running away with our time. However, we are very excited to say that the scripts for the 10 episodes that comprise Season 1 of Greenhorn Tales have been finalized Casting is also nearly completed for the full season.

Scripts have already been sent out to the core cast and some of the actors for larger roles this season. Some actors are beginning recording as early as the next few days.

We are not able to share a projected release date yet. Since we are going to complete production on all 10 episodes before beginning to release episodes we won’t know what our timeline will be for quite a while. The reason we’re doing it this way is so you won’t have to have long gaps in between episodes.

Stay tuned to the blog for sneak peeks at scripts, cast announcements, and some behind the scenes looks into the production of Season 1. Be sure to sign up for the email alerts over in the sidebar so you don’t miss any updates.

In the pilot episode of this series, we find Nicholas and Cameron on moving day. As they make their way to secure their new apartment it seems like everyone and everything in town is doing its best to keep them from getting to the Riverview Apartments on time. Will the guys be able to move into the apartment today? 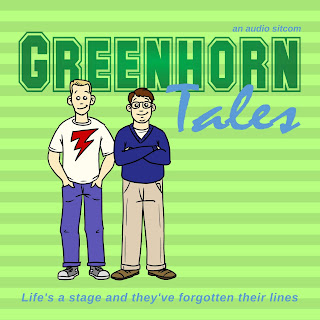 Help us make Season 1 by sharing a few bucks with us: www.greenhorntales.com/donate
Thanks!
Posted by J.D. Sutter at 7:57:00 AM No comments:

Email ThisBlogThis!Share to TwitterShare to FacebookShare to Pinterest
Labels: Audio

Hello! Thanks for sticking with us! We're excited to share the promo for the show with you today! Please share it with your friends and on your social media. And let us know what you think of it! We'd love to hear from you!

We've also set up an easy way for you to be notified whenever there is a new post on greenhorntales.com. Just enter your email address in the field below and you'll get an email to let you know there's something new.

Email ThisBlogThis!Share to TwitterShare to FacebookShare to Pinterest
Labels: Audio

Well, the wait for the pilot episode has been much longer than we would have liked and we apologize. We know you have all been waiting with bated breath for the show to launch and I do hope that no one has asphyxiated while waiting.

Life has seemed to get in the way on multiple occasions and we recently realized that we would probably have to expand the team if we wanted to get this show off the ground. So that's what we're doing right now.

We are currently working to bring additional creative folks into the fold who can help us in various ways to make this show a success.

If you are a composer, sound designer, writer, or actor who would be interested in participating in the project, please get in touch with us. 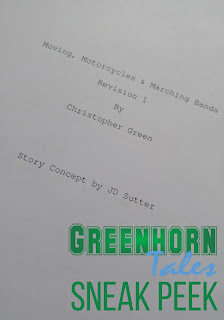 We apologize for the long wait without any updates. The end of 2016 proved to be more busy than we had anticipated. We hope to get back on track with Greenhorn Tales very soon!

All the actors have been recorded for the pilot at this point. We are now at the post-production stage. We are working on finalizing the theme music and then it's on to actually putting the episode together. In the meantime, here's one last peek at the script.

We only have a couple actors left to record for the pilot episode and then we move into the voice track editing phase. Things are moving along nicely. Here is the next peek at the script! 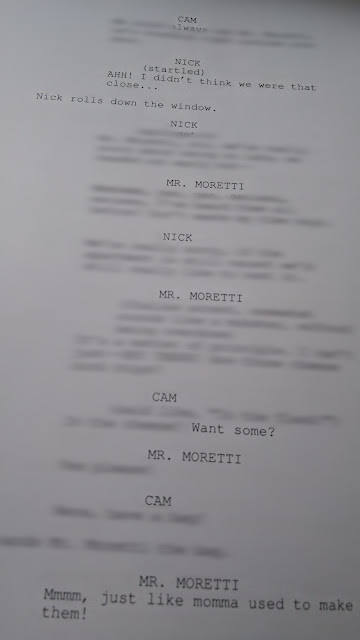 Talk to you again soon!

Other projects by the Greenhorn Tales producers you may like

Drop Us a Buck to
Help Make the Show?